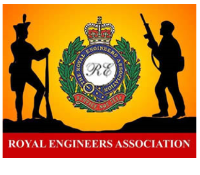 Royal Engineer Association branches are open to all serving and former serving members of the Corps of Royal Engineers. Primarily the branch is a social gathering giving you the opportunity to get together with former Royal Engineers who have had similar experiences as yourself and gives you the opportunity to have that banter and renew ties with the Corps. We attempt to have a Christmas function annually and a day out during the year on a Corps related activity.

There is a more formal side at branch meetings which deals with the normal running cost of the branch and also attending Remembrance and Armed forces day parades where he branch standard is on parade. This gives you the opportunity to show support for those still serving and those who have gone before.

For further information please contact the Branch Secretary or

When is it on
Fourth Thursday of Every Month
Session Information
20.00hrs until 22.00hrs

Details
Membership is usually by paying into the day's pay scheme which you contribute to whilst serving but there are other ways to become a member if you did not opt for that whilst serving. That option is the annual subscription of £1 for over the age of 65 or £2 for those under 65.

Print
Add to My WIN Shortlist

Get directions to WV3 0QH

Back to top
©City of Wolverhampton Council